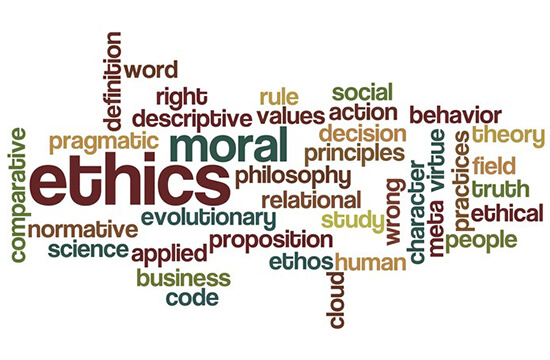 The National Association of Social Workers (NASW) adopted an updated code of ethics at the Delegate Assembly last year, which took effect Jan. 1, 2018. It is the first update to the NASW code of ethics since 2008 and the first major revision since 1996. Many practicing professionals have asked what prompted the new social worker code ethics, and why now?

FIRST MAJOR REVISION TO SOCIAL WORKER CODE OF ETHICS SINCE 1996

On August 4, 2017, the Delegate Assembly of the National Association of Social Workers approved the most substantive revision to the NASW Code of Ethics since 1996. The most substantial sections of change were aimed at the ethical considerations surrounding a variety of technologies and issues regarding privacy and confidentiality, sexual harassment, records access, and informed consent, as well as updating nearly 20 sections of the code with added language about technology concerns.

NASW CEO Angelo McClain, PhD, LICSW, said the reason the code of ethics was revised was to address technology changes since the last revision in 2008.

"The National Association of Social Workers in partnership with other social work organizations unveiled the new standards [in 2017] for the use of technology in social work," McClain said via YouTube, "and the NASW released an updated code of ethics that gives social workers guidance in how to practice social work in light of recent technological advances." The NASW code of ethics covers the conduct of most social workers, including all NASW members, as well as licensed, employed, and student social workers.

The impetus for the revisions regarding technology stems in part from the explosion of electronic means of communication since 2008, including social media, smartphones, and tablets, which are spelled out in the code.

"When we rewrote the code at [the] time [1996], Facebook did not exist; Google searches were not possible,” Dr. Reamer said in an online NASW panel discussion about the new code. “There was no such thing as video counseling or avatar counseling. LinkedIn did not exist. We were not text messaging. Technology then meant telephones, which had cords attached to them, and fax machines, answering machines, and that was pretty much it. So the world has changed and we tried to change with it."

Informed Consent Needs To Include The Client’s Technological Skills

Dawn Hobdy, director of the NASW’s Office of Ethics and Professional Review was also on the code revisions committee and led the panel discussion about the new social work code of ethics. She said this new 2018 version is a major revision to the code of ethics.

“We actually have 19 new standards in the code of ethics as well as 19 old standards with additional language,” she said. As an example, she added, “One of the new requirements is that in terms of informed consent, social workers need to be able to make a determination about whether the client is even able to give consent. Do they have enough understanding of the technology to give an informed consent.”

“Unfortunately, the code of ethics is not going to give you all the steps for how to do this,” Ms. Hobdy said. “But you have to take some things into consideration. You have to ask yourself, ‘How will I verify the identity? How will I make sure that the client who is receiving services through audio conferencing is the person they say they are?’”

In short, technology has introduced a lot of situations that social workers must take into consideration to ensure they are acting in accordance with the new social worker code of ethics. To aid practicing social workers in understanding those considerations, NASW provides online training through its self-study educational catalog, along with chat, blogs, and code revisions consults.

In addition, copies of the new code of ethics are available for NASW members on the new website, by calling the NASW press office at 800-227-3590, or by ordering a hard copy online at a cost of $6.99 per copy.

Club Staffing is always looking for qualified social workers to fill exciting allied travel jobs across the country. Contact Us now to connect with an experienced recruiter.

A high-level overview of the Allied travel credentialing process, its purpose, and advice for travelers to help them get credentialed confidently and efficiently.

Once you have accepted your new assignment as an Allied Traveler, you’re almost there! The only thing between you and your onboarding is reviewing and signing your travel contract. Your travel contract consists of multiple sections detailing the various logistics of your assignment along with AMN company policies to abide by while working. To help you better understand what goes into your contract, we’ve outlined the process for you and provided a breakdown of important sections to note before you sign.