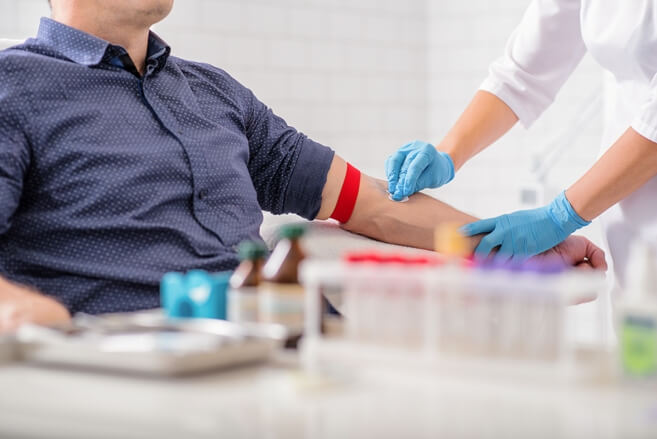 January is National Blood Donor Month. Since 1970, the event has been a time to highlight the need for donated blood, honor donors and send out a call for donations. For medical technicians, January can bring a multitude of questions from patients who are donating, may be thinking about donating or are concerned about the safety of donated blood. Here's what medical technicians should know about National Blood Donor Month and blood donations in general.

Why Blood Donations Are So Important

According to the Red Cross, every two seconds someone in the United States needs donated blood, and a single donation can save up to three lives. Recipients include accident and burn victims, patients undergoing surgeries or organ transplants, people with blood disorders and individuals undergoing cancer treatments. Because there is currently no substitute for human blood, donations are essential to the survival of many patients, but Community Blood Center notes that less than 10% of the U.S. population donates annually.

Not All Blood Donation Is The Same

There are several types of blood donations, and each serves a specific purpose. Blood donations can be divided into the following subsets:

What Happens To Blood Once It's Donated?

After the blood is drawn, it's kept on ice and taken to a laboratory for processing. Whole blood donations are placed in a centrifuge and spun, separating the blood into the components, which are then packaged into standardized units and used for transfusions.

Once it's been processed, the blood is labeled and stored. It's then distributed to hospitals as needed. The blood is used in transfusions for patients in need.

How Safe Is Donated Blood?

Many individuals receiving transfusions worry about the safety of donated blood. Medical technicians can allay these fears by understanding and articulating the safety procedures governing donations. These include:

The CDC notes that most patients who receive transfusions experience no side effects, and adverse reactions such as fevers or allergic responses are rare.

Who Is Eligible To Donate Blood?

Most states require blood donors to be age 17 or older, although some states may accept donations from 16-year-olds who have parental consent. Donors should weigh a minimum of 110 pounds and be in good health and feeling well at the time of the donation. Community Blood Center notes that donors should wait 56 days between donations of whole blood.

Donors should be sure to bring proper identification, such as a driver's license, and be prepared to answer questions about recent travel outside of the United States. Visits to certain regions, such as those that have a high risk of malaria, may necessitate a waiting time before you can donate blood.

Where Can People Donate?

The Importance Of Advocacy

As a medical technician, it's important to be a knowledgeable advocate for blood donation during National Blood Donor Month and beyond, so let potential donors know that giving blood is easy, quick and relatively painless. It can also save a life.

Allied News OCT 15, 2021
8 Conditions You Didn’t Know Could be Treated by a Physical Therapist

Physical therapists are perhaps best known for the treatment they provide for patients recovering from surgery or managing aches and pains throughout their bodies. But the beauty of PTs is that they aren’t limited to rotator cuffs and sprained ankles—their scope of work reaches many conditions—some of which may surprise you. Take a look at the other ways PTs impact their patients in pursuit of mobility.