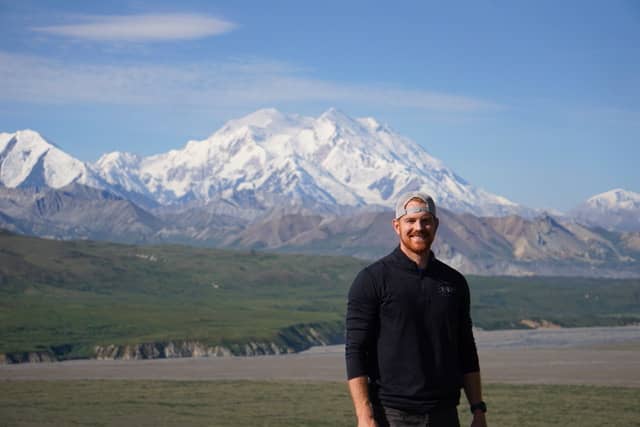 When travel physical therapist and Club Staffing’s latest Traveler of the Month Nathan J., PT, DPT, was an engineering undergraduate, his dad became sick and lost his leg. Nathan ended up driving his father to physical therapy appointments.

At the time, Nathan was questioning whether to continue his engineering degree. After watching his dad progress through the physical therapy sessions and interacting with these allied health professionals, he began considering a different career.

"I started taking my dad to these appointments and fell in love with the culture at his physical therapy clinic," Nathan said. "I asked the therapists about their work–life balance and what they enjoyed most about their jobs. That turned into me shadowing there, and then I became an aide to help out. I really enjoyed it, so I decided to switch career paths."

He worked in an outpatient orthopedic and sports medicine facility in Fort Worth, Texas, for about two years before deciding to try PT travel assignments with his wife, Sara, who is also a physical therapist, and their two dogs.

"Sara and I were working at outpatient ortho facilities, doing what we love, but it was becoming a grind," Nathan said. "One day, we asked ourselves, 'We don't have kids, just a couple of dogs, so why not try traveling?' So, we went all in. We were renting a house, so we sold a bunch of our stuff. We bought an RV, and we've been traveling and living full-time in our trailer for the last four years."

Embracing the Adventures of Travel PT

Although they enjoyed living in Texas, Nathan and Sara wanted to be adventurous and explore other places to hike, bike, and kayak. It was not surprising that their first travel PT assignment was in Alaska.

Seeing different parts of the country was a big motivator for their assignment choices, but they also wanted to raise their skill levels.

"Traveling allows you to test the waters on different specialties without having to commit beyond your initial assignment length," Nathan said. "It's nice traveling and having a few months to do something. And if you find it's not for you, you can leave and give something else a go."

After Alaska, the couple took an assignment on a Native American reservation in Arizona, where they worked in both outpatient and inpatient clinics, including adult and pediatric patients.

"The Navajo Nation Indian Reservation was an incredible experience to get exposed to the people and their culture," Nathan said. "Getting ingrained in that was unforgettable. We originally signed on for a six-month assignment and extended it for a total of nine months. We lived on the reservation at the hospital campus. It was a small, single-wide trailer, and they apologized for the accommodations. But it was quadruple the size of our RV, so we lived large." 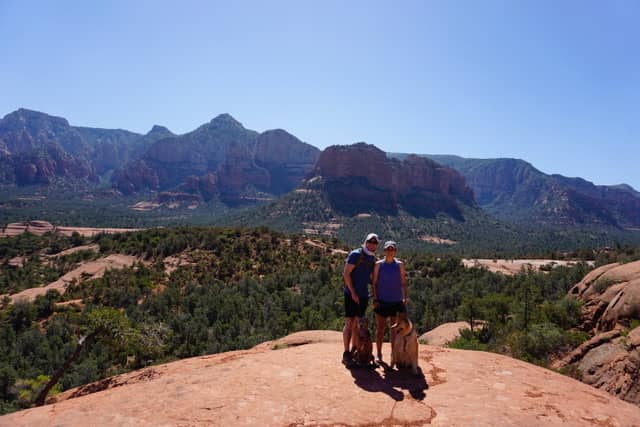 After enjoying four years as a traveling physical therapist for Club Staffing, Nathan was recently awarded the Traveler of the Month Award.

The recruitment team noted that two of Nathan's traits on display for clients are his professionalism and his excellent, open communication.

"In our world, there's a lot of rules and guidelines," he said. "That helps lead you down the right path. And sometimes you get some gray areas, of course. But I think what separates the excellent PTs is doing the right thing; that is, bringing up and effectively communicating any problems to people."

One of Nathan’s goals is to look out for future travelers and himself.

"If I see things being done incorrectly, and I don't say something, what is going to happen to future travelers when they cross the same challenges and know someone hasn't tried to correct them?" he said.

Nathan also attributes part of his success as a traveler at Club Staffing to his recruiter, Gillian D.

"Gillian makes the process of being a traveler quick and easy," he said. "She's gotten to know Sara and me over those years, what we want and when we want it. She knows the ups and downs and the ins and outs, and it's beneficial to have somebody who's transparent and can relate to us. She is sincere, and we appreciate that." 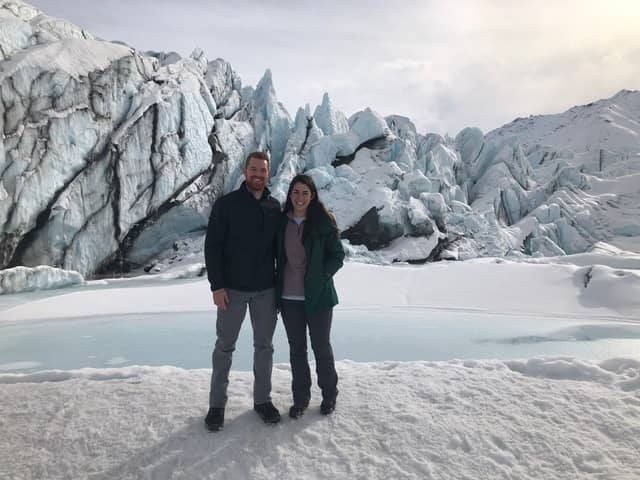 What’s next for this adventurous couple? Nathan and Sara are looking forward to their next assignment in Big Bear, California, a well-known outdoor playground where you can ski, sled, or hike in the morning and then travel two hours to one of California's world-class beaches.

After that, their bucket list locations include Montana and Idaho to enjoy their rugged, mountainous environments.

"I am very pro-travel," Nathan said. "The opportunities we've been afforded over the last few years have been incredible. The adventures we've had and the skillsets we've gained are amazing. Being able to go in and learn something and move on quickly is fulfilling and challenging. Plus, the world's a big place. People getting out of their comfort zone and seeing other ways to do our profession is good for everybody."

READY to start making lifelong memories as Nathan and Sara have? Just apply online, and our recruitment team will help get you on your way!