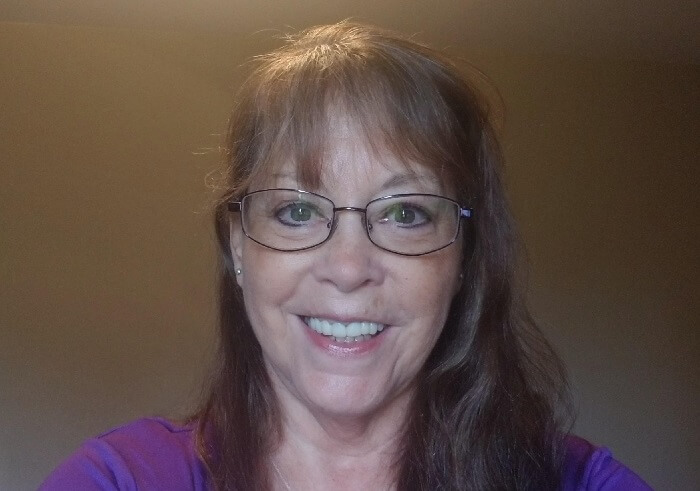 In the early 2000s, after a 14-year full-time job at a hospital, registered respiratory therapist (RRT) Theda "Kathy" Hale was nowhere near done learning, working, meeting people, seeing the country, or helping patients. Her intention going forward was to push herself and her limits by becoming a traveler.

She then took a travel assignment in Nashville, Tennessee. She did such a great job that the hospital asked her to extend, which was followed by a permanent job offer. Kathy accepted and put her travel plans on hold.

Thirteen years later, the desire to travel returned. Kathy reentered traveling for the second time and, after four years, has never looked back.

"I knew just from talking to people at the hospital that respiratory departments in different parts of the country do things differently and use other types of equipment," she said. "Traveling would be a way to broaden my knowledge base and experience."

"When I decided to jump back into traveling after 13 years, I put feelers out with several companies," she said. "I had quite a few people calling me, but my connection with Club Staffing recruiter Ashley Franco was immediate. I developed a confidence in her that she has lived up to. She was the recruiter who originally returned my random voicemail at Club Staffing. She answered my questions and did the research if she didn't know. I was confident that I was going to be well taken care of."

Today at age 63, Kathy is traveling to meet all the life goals she set out to do.

Unforgettable first assignment
Kathy kicked off her latest travel tour with an assignment in Des Moines, Iowa. An experience she said has been one of her best.

"It's not your typical 'wow, I want to go there,' travel location, but it turned into such a great experience," Kathy said. "This was a six-month assignment, which gave me more time to get acclimated. I developed some of the best friendships while there, and I still stay in touch with them."

She found the Des Moines area to be beautiful. She attended the Iowa State Fair, which Kathy said is one of the best fairs in the United States.

Kathy has worked in Arizona on three assignments, and just got back from Hawaii, which she called her "dream place." She started with a six-month assignment and extended an additional two months. She made great connections while in Hawaii and wants to return there this winter.

Virtual reality during a lockdown
Also unforgettable about her Hawaii assignment was the COVID-19 pandemic. She was there when it hit, during which Kathy had to decide to extend or leave the island.

"Every decision I make in life, including choosing a location to travel to, is covered in prayer because my faith and my belief in the power of God's hand on my life is just unshakable," Kathy said. "That's how I concluded that Hawaii was the best place possible for me to be."

Kathy found working on assignment during COVID stressful because protocols were changing every day.

"It ended up that Hawaii was pretty much locked down, so travel was restricted," she said. "We did not get hit with COVID the way the mainland did, but it still created some stress on how we did things and the extra steps needed for cleaning and safety. But thankfully, we had a lot fewer cases than the mainland. We ended up staying busy, but we were in a very safe place."

Lockdowns and social distancing can be difficult for a traveler with an adventurous spirit, and hamper doing some of the world-renowned Hawaiian. But even though Kathy says she has no problem coping with a quarantine, she found a way to escape: She bought an Oculus Quest, which is a virtual reality headset.

"I just put on my Quest, and I can wander the world in that thing," she said. "It is incredible. The games are fun. In fact, there are two games that I play that give me a pretty decent physical workout. And there's also the Wander app that lets you pick anywhere on the globe, and it takes you there. I have virtually visited the Swiss Alps, Brazil, Africa, Singapore, and many places across the United States. I mean, you can go anywhere you want to go, and it's awesome."

Long-term travel plans
As Kathy prepares for her next assignment in Tennessee, she is working on her life plan. She doesn't have a clear timeline yet but wants to travel for three or four more years, and then slow down and take some time off to be with family.

Traveling has supplemented her retirement and gives her the freedom to make her own choices.

"With traveling, I can accommodate family functions," she said. "I needed surgery, so I planned it between assignments. I can look out a year from now at a specific time and go ahead and make those plans, knowing I can work my assignments around that. I don't have to be at the mercy of a supervisor who could decide not to give me that time off because it doesn't fit with the needs of the department. I've got a little bit more control over that myself."

READY to start traveling as Kathy has? Just apply from the link below, and our recruitment team will help get you on your way.