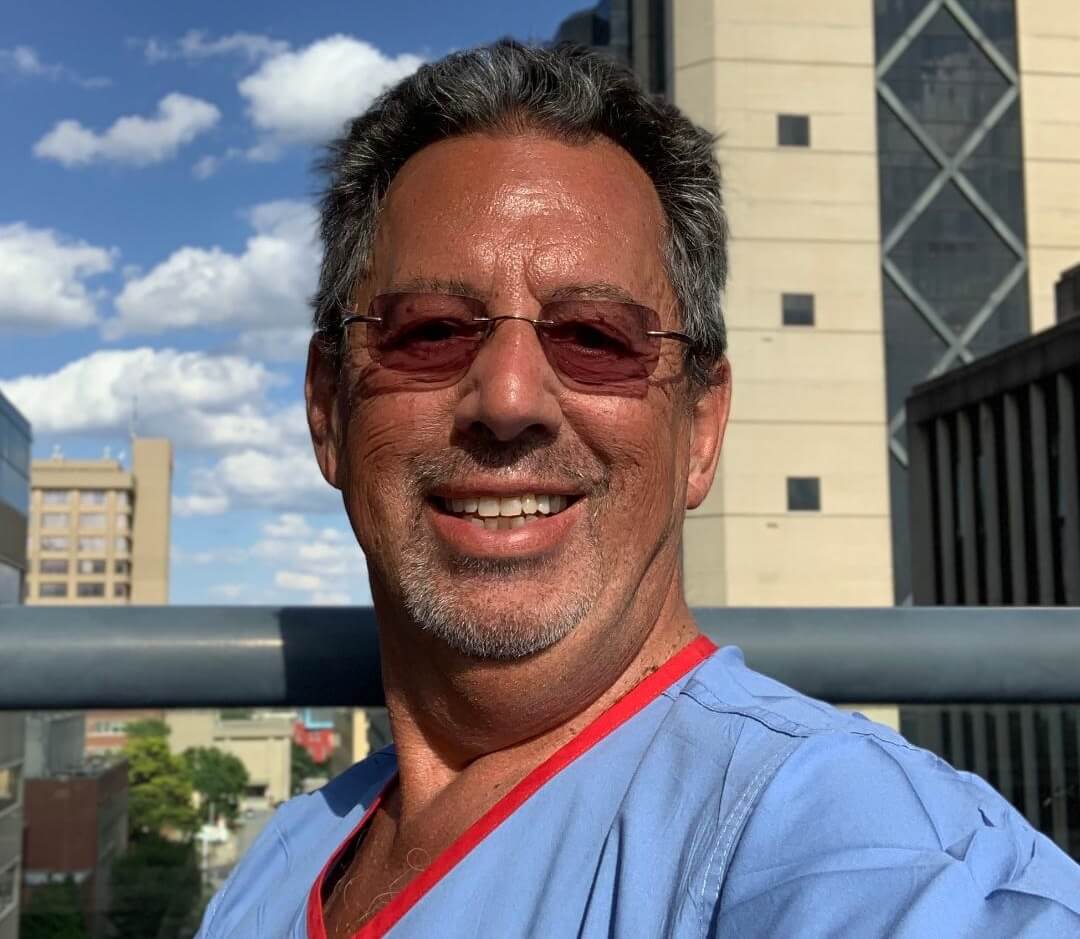 Graduating from x-ray school in 1976, Mike Sabo, a radiologic technologist from Kentucky, has been a traveler for 19 years. Traveling, he said, has been responsible for the following:

“I've jumped out of an airplane in Maine, saw Humpback whales off the coast of New Hampshire, enjoyed the Fourth of July while listening to the Boston Pops, spent an anniversary weekend in Times Square, experienced all the wonders of our Nation's Capital, swam with manatees in Florida, learned to scuba dive in the Keys, rode to the top of the Gateway Arch in St. Louis, and saw the awesome beauty of the Grand Canyon and Hoover Dam,” he said.

But that’s being modest. He’s also mountain biked among the wind turbines of Palm Springs, visited Mount Rushmore, watched the wine-making process in Napa Valley, viewed the majestic cliffs of Yosemite Park, walked the hills of San Francisco, wandered among the giant redwoods in Northern California, viewed the power of Mount St. Helens after its eruption, learned to snow ski on Oregon's Mount Hood, viewed Seattle from the top of the Space Needle, and watched orcas swimming in the northwest.

Now to his list of accomplishments he can add that he's won Club Staffing's inaugural Traveler of the Month Award. With glowing references from his travel assignments, continually going above and beyond and always remaining flexible to meet the needs of his employers, Mike was a natural choice for this prestigious accolade, which considers travelers nominated by their recruiters.

“Mike exemplifies the very definition of an excellent traveler,” said his recruiter of nine years, Melissa Dingee, Senior Recruiting Consultant II, Club Staffing. “He is well versed in his field, flexible and willing to take on new challenges. He is also professional and respectful to everyone he encounters. It has been such a pleasure working with him and hearing about his travels. I know he and his family are grateful for all of the opportunities they have been given by working for us, but I too have been grateful to work with him. No one deserves this reward more than he does.”

Mike said he was pleasantly surprised when he learned he had won the award.

“I was very honored to win,” he said. “I was speechless and humbled for Melissa to even think about me. I just try to be a worker bee, do the best I can, and for her to come around and say and do something like this, it still gets me choked up, to be honest.” 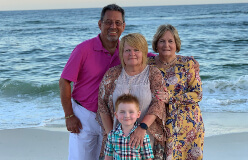 After graduating from x-ray school, Mike worked in a hospital in Bowling Green, Kentucky, for over 18 years. The environment had grown stressful, so he took a job at a clinic across the street from the hospital. While at his new position, he came across an article in a trade magazine that opened his eyes to traveling.

“I realized life was just too short to be stressed,” he said, “and I wanted to try something different. I talked to my wife and took my first assignment in North Carolina. The rest is history.”

One of MIke’s most memorable assignments early in his career was with St. Jude’s Children Hospital in Memphis.
“I got to spend a month at St Jude's and to work with the kids and see the families,” he said. “What they have to endure was definitely an eyeopening experience. It brings me joy to know that they're well taken care of. I speak so highly of St Jude's.” 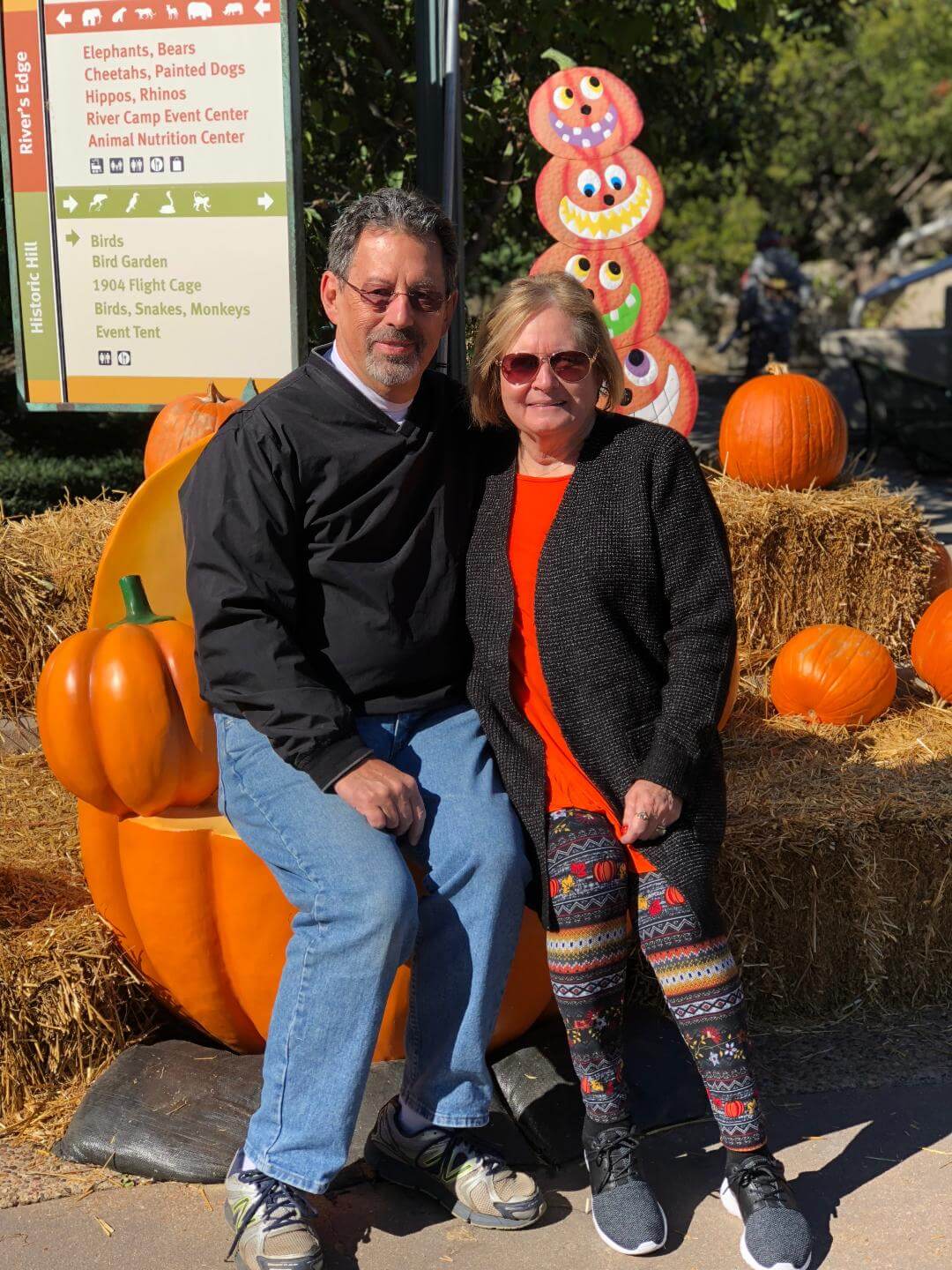 Mike also had an assignment at Scripps in La Jolla, California, where he worked with one of the top interventional cardiologists in the world. Mike added about the experience: “It also didn’t hurt to know that you could walk out the back door of the hospital and overlook Torrey Pines Golf Course and the Pacific Ocean.”

Mike went on to have so many assignments in California that he says, "I have probably seen more of California than most Californians." Mike has what he calls the golden ticket: a California radiologic technologist license and a license to run fluoroscopy in the x-ray unit. For seven years, Mike hopped around the Golden State, filling a vast need while experiencing many adventures and breath-taking sites.

Mike plans on continuing his travel career but knows he will eventually settle near his family in part to be near his grandson. But as of today, Mike's not done learning, and that keeps him traveling. His field is very dynamic, and he is motivated by new knowledge and sharing his own experiences. One of his most significant rewards is being able to show someone a new way of doing something.

“I love to teach,” he said. “I taught the staff at NorthBay Medical Center in Fairfield, California with their peripheral interventional and then followed up with helping them with their Cardiac STEMI program. I also helped teach individuals up in Sacramento with the stroke program. I actually spent two years at the University of Louisville, training and teaching x-ray techs to become IR techs, and some of those people have gone on to do very well.”

With much experience and success as a traveler, Mike shared some of the keys to his success:

“Be flexible, be confident and be adaptive,” he said. “The facility you’re going to may have turnover,  stress and uncertainty, so you must go in there with confidence and gain the staff and the physicians' comfort level to know that you can do the job. Many facilities are in dire need of help. Go in there with confidence but without cockiness, because that can turn against you very quickly. If you prove that you can do the job that's requested, and then have it appear to the staff that you’ve got your stuff together, then everything else works itself out.”

READY to start an award-winning career as Mike has? Just apply from the link below and our recruitment team will help get you on your way!