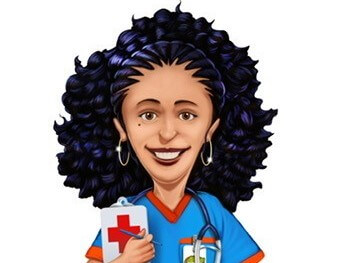 When medical technologist Marisa Evans started her healthcare career path, she was a pre-med student in college at The University of Florida. Her calling, she said, was patient care. But, as many college students do, Marisa switched her major to nursing. After completing one year of the two-year nursing program, she changed her major again, this time to health science education with a specialization in community health.

After graduating, she set out on a journey to find a job that would satisfy her creativity and propensity for using innovative ways to solve problems.

"Through my years of high school and college, I've always been deemed a leader, someone who's known to have great ideas and to stand on the side of truth and what's right," she said. "I wanted to help people to make a difference in whichever way I could."

Marisa set a goal to work for the Centers for Disease Control and Prevention (CDC). She moved to Atlanta and worked for a medical supply company. Excited to be in the healthcare industry, she knew she needed laboratory experience to work at the CDC, so she took a job at Emory University Hospital and worked there for 13 years.

Although she never made it to the CDC, she came to realize that working as a medical technologist would fulfill her career goals of helping people while enjoying professional exploration, discovery and creativity.

Marisa received a prestigious internship at Emory and was part of the first class of seven people attending Emory University Hospital's newly opened medical technologist program.  She stayed employed at Emory until 2014.

Marisa remembered being interested in healthcare traveling more than a decade ago, but the financial crisis held her back. Then, in 2014, she made the decision to leave Emory and start traveling.

Realizing she had spent most of her career at big teaching hospitals, Marisa was interested to experience small, acute care hospitals, mid-level hospitals, or even a Level I trauma center hospital.

"I also wanted to go around the nation and work in different labs to see what other types of equipment and systems they use," she said.

She had planned to travel only a year and then perhaps try to get her job back at Emory or another hospital. But after traveling for almost seven years, she is still enjoying her freedom and flexibility.

FINDING HER HOME BASE WITH CLUB STAFFING

Marisa has been with Club Staffing recruiter Tara Killian since early 2016.

"Tara is a rock star," Marisa said. "I love her to death. I believe all agencies should have a Tara. She is awesome."

Marisa said she fields questions about traveling every time she has a new assignment.

"I tell my inquisitive colleagues that, as a traveler, you will eventually land at an assignment where there are instruments, a lab information system (LIS), or analyzers that you have touched or worked with at least once," Marisa said. "And outside of work, you'll explore new cultures, food, and entertainment."

Marisa's first travel assignment was with the federal Indian Health Services (IHS) program in Montana. She worked with Native Americans of the Cheyenne and Crow tribes while enjoying scenery that Marisa said was "a backdrop that only God could have created."

Marisa said the work was satisfying, but the environment could be challenging, such as the first snowfall in October or stopping your car in the middle of the night to wait for a pack of horses to cross.

Her next assignment was on the Pacific Coast in San Luis Obispo, California, where her residence overlooked the ocean. Other assignments have included New York City, Philadelphia, Connecticut, and Boca Raton, Florida.

With the flexibility that traveling as a medical technologist affords her, Marisa typically works from January until the end of October, and then spends the remainder of the year with family and friends for the holidays.

Marisa was on the COVID frontlines in New York City on assignment from April 2020 to August 2020, and in Philadelphia from August until November. The hospitals needed workers so quickly that the credentialing process time was cut significantly to fast-track essential workers.

As of early December, Marissa noted that she is “still tired, exhausted and worn down” since returning home just before Thanksgiving. "Working during that wave of COVID caused a lot of emotional strain and anguish."

Part of the difficulty during COVID was not knowing what to expect when you got to work each day, she noted. She added that what most people saw on television, social media and news outlets about the conditions and patient overload did not do justice to what healthcare workers were experiencing.

"We were literally holding each other up some nights because that's how exhausted we were," she said.

Marisa tapped into her phlebotomy skills while in New York, while also helping to swab patients. She also analyzed and reported patient results for diagnostic testing and their treatment plans and performed blood pressure and temperature checks among the affected population.

"People would ask me if I were crazy for working during the pandemic," said Marisa. "I would say to them, 'I know that it seems unorthodox for some. And I know that some people are afraid. I know some people are stressed, and they have a high anxiety level. But I would hope that someone was crazy enough to care for my loved ones, my friends, family members, husband, wife, child, to make sure they were still able to draw breath."

LOOKING AHEAD TO NEW ADVENTURES

Marisa looks to start traveling again in January 2021. She is unsure where her next adventure will be, but she is interested in working at Georgetown Hospital in Washington, DC, Northwestern Hospital in Chicago, or perhaps in Seattle or San Diego.

Marisa is even starting a blog about her travels as a medical technologist. To be added to her email list, simply drop her a line at elmorisa@netzero.net.

CLUB STAFFING has travel opportunities for medical technologists and other allied healthcare workers across the U.S.