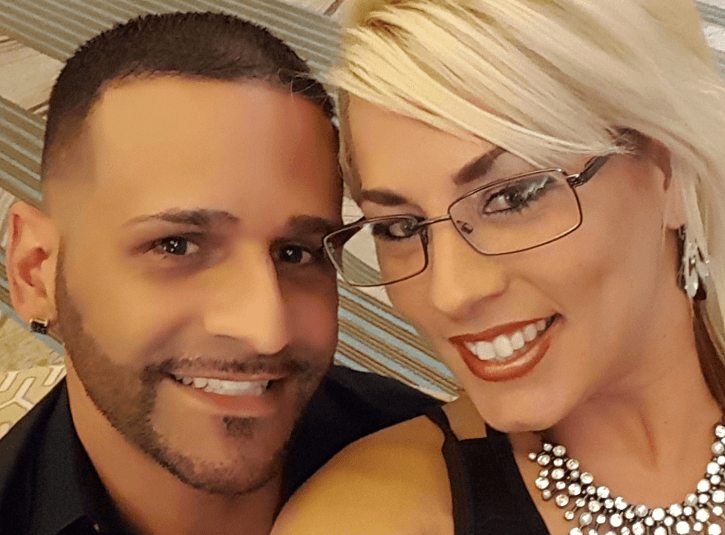 After six months of working at the facility in Placerville, Calif., Aponte was presented with their AIDET award. He travels with Club Staffing, and is the first healthcare traveler to have ever received this honor.

AIDET is an acronym for the steps the hospital wants every employee to go through with each patient:

“You are supposed to greet the patient, introduce yourself, let them know what you will be doing during the duration of your interaction, explain any treatments, such as what it entails, how long it will take, any possible side effects or medications that are required, and finally, thank them for letting you care for them,” Aponte explained.

Although he hadn’t been officially oriented to the protocol, his supervisor and other staff witnessed Aponte following 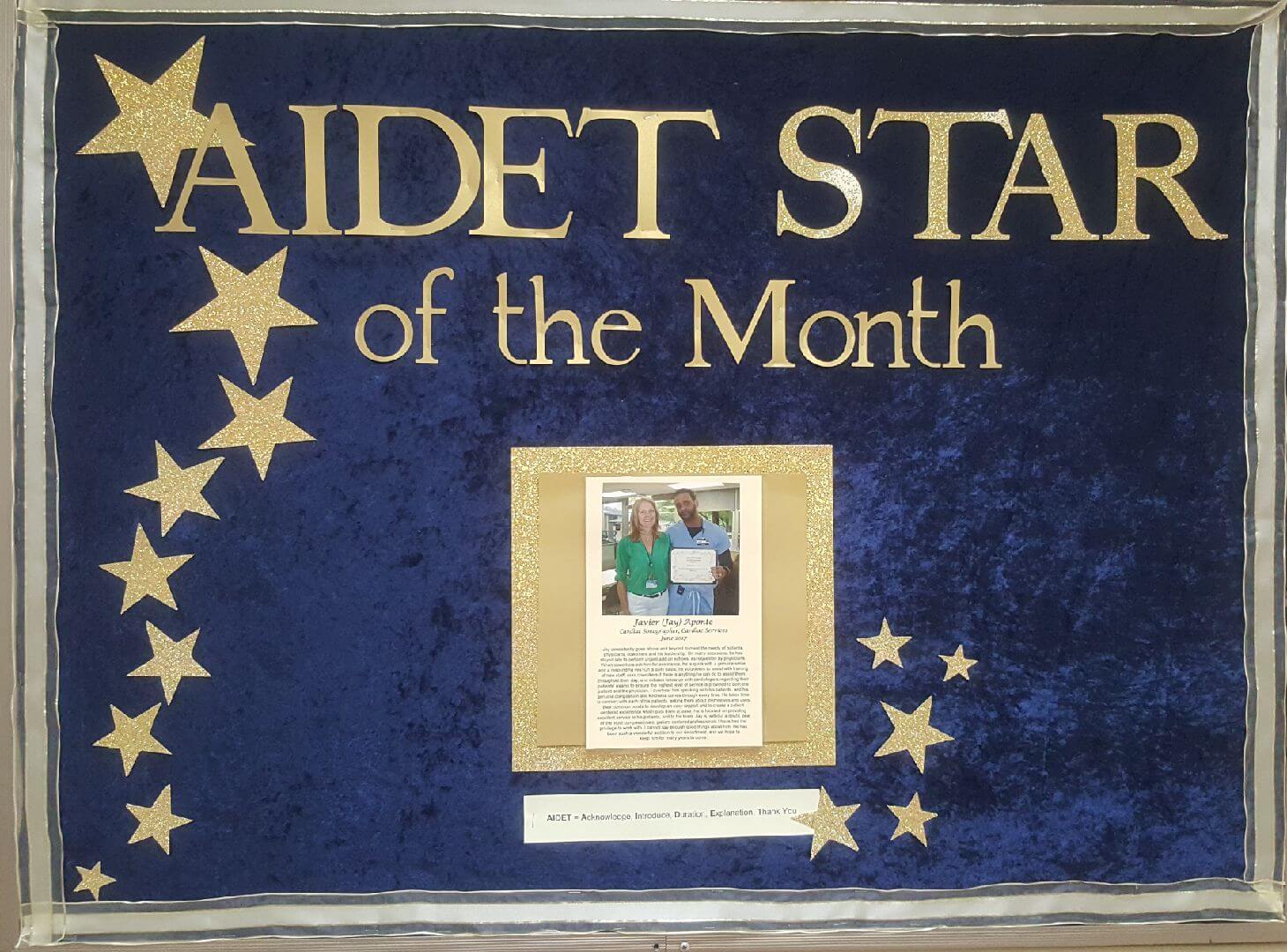 the steps several times and a number of patients noted it in post-procedure surveys.

“When the COO gave me the award, she mentioned how unique it was because travelers are generally never considered for the award, but she said I deserved it.” Aponte noted.

FIND OUT more about travel sonography jobs with Club Staffing.

Aponte had a contract at Marshall for three months last summer but had already accepted a new contract for another sonography job in California when Marshall asked to extend his contract.

He has been back at Marshall since January and they have offered him a permanent position, which he is considering.

“I am not at all surprised that Jay won this award,” commented Morgan Houlihan, Aponte’s recruiting consultant at Club Staffing. “Jay is a pleasure to work with. We receive nothing but positive feedback from his assignments saying he is a supportive team player.”

“Not only do we receive exceptional references on him, but each facility always requests extensions and wants him to continue to be a part of their team,” she continued. “He is a hard worker and very passionate about what he does. He truly takes patient care very seriously. Being his recruiter is an absolute honor.”

Travel sonography jobs, then and now

Aponte first worked as a travel sonographer with Club Staffing 16 years ago when he had just finished school.

"When I first traveled, I did it for the money and wanted to gain experience and see the country--and it was all I hoped for and more.”  He looks back fondly on his years as a new grad sonographer.

“I learned so much traveling those first four years right out of school and I got to work at teaching hospitals, which opened up more sonography job opportunities to me,” he reflected.

Before he started traveling this time, Aponte and his wife, who is also a sonographer, owned an imaging company in Tampa, Florida. The business was doing well, but the couple found that they hardly ever saw each other. So they decided to sell the company and become traveling sonographers.

During this past year on the road, they have seen the Grand Canyon, gone to Lake Tahoe, and enjoyed a getaway to San Francisco. And they always take two weeks off between their travel sonography jobs to go back to Florida to visit family and check on their house.

“Traveling is such a great opportunity to see the country, meet new people and to share the knowledge that I pick up from one place to another,” said Aponte. “I’d encourage everyone to try it, even if it is for just a short time.”

“I really enjoy working with the heart and approach every new exam as a puzzle to solve,” stated Aponte. “I’m trying to figure out exactly what, if anything, is wrong with the person’s heart. It is a challenge to put it all together and to provide good medical care to the patient.”

Sonographer Finds Adventure and a Passion for Allied Travel

•  TAKE new opportunities to heart with sonography jobs that pay you to travel!

•  BROWSE current jobs in sonography and other allied disciplines

•  GET ANSWERS to FAQs about allied travel jobs;

• APPLY NOW to start working with a Club Staffing recruiter