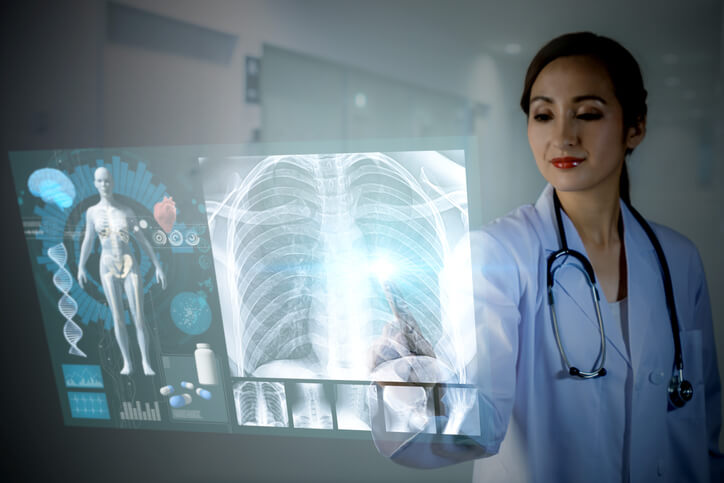 The Job Outlook for Radiology Technologist Jobs: 2019 is Your Year

Surpassed only by doctors and nurses, radiology technologists make up the third-largest group of healthcare professionals in the nation, reports the American Registry of Radiologic Technologists.

Whether your career path leads to a permanent position or you prefer rad tech travel jobs, radiology technologists are a vital part of any medical team. You’ll stay active throughout your work day, and no two days will be the same in a career that’s expected to see an explosion in job growth.

Visit Club Staffing to find rad tech travel jobs that let you explore the country while putting your imaging skills to work.

Radiology technologists primarily create images of patients’ bodies using a variety of medical equipment. Depending on your specialty you could use x-ray, computed tomography, MRI, sonography or fluoroscopy equipment.

Rad techs assist doctors in uncovering health problems, including injuries or diseases, to help save lives. According to the Bureau of Labor Statistics (BLS), radiology technologists held 205,200 jobs in 2016, working in hospitals and various other healthcare facilities. State, local and private hospitals were the biggest employers of radiology technologists with 59 percent working in these facilities.

The highest paying industry was the federal government at $63,040, while the lowest was offices of physicians, where the median wage was $52,620. Rad Tech Job opportunities nationwide Rad tech travel jobs are plentiful and so are permanent positions in a variety of healthcare facilities across the nation. If you have a favorite area you’d like to work in, consider some with the most job opportunities or highest salaries.

In a state-by-state breakdown the top five states with the most job opportunities were:

California was also the top paying state, but the remaining top paying areas differed from those with higher job availability. While some areas offered limited job opportunities, rad techs earned higher than average wages in:

An explosion in the overall employment of radiology technologists is anticipated with a 12 percent growth, and an estimated 230,500 rad tech jobs are expected by 2026.

This predicted growth hinges on aging baby boomers who may develop medical conditions, such as cancer or Alzheimer’s, that require imaging for accurate diagnoses.

Travel jobs enhance your resume and make you a more desirable job applicant. Rad tech travel jobs also help accelerate your career growth by providing you with additional experience with differing technologies, facility types, colleagues and patient populations. Working in a variety of settings increases your knowledge and confidence to tackle new challenges and demonstrates adaptability and an ability to learn new things.