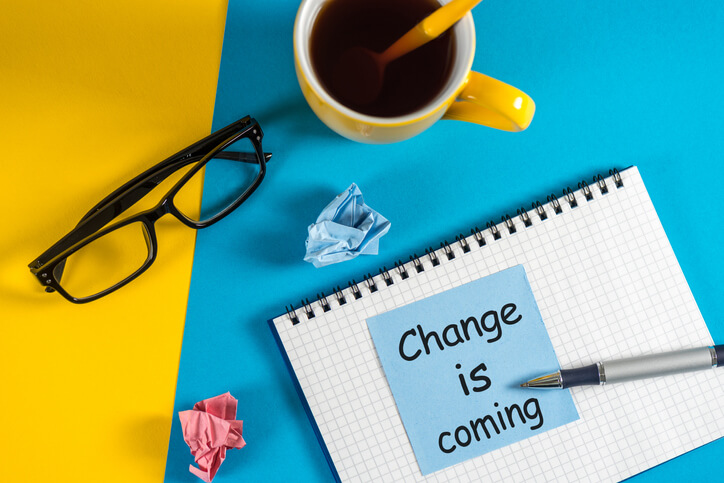 The United States has one of the most complex healthcare systems worldwide, and new healthcare laws in 2019 could potentially make it even more complicated.

Regulated by dozens of federal and state agencies, the healthcare industry is constantly evolving with new legislation that often directly impacts clinicians, facility operations and resource use.

Visit Club Staffing to find new allied travel jobs from the link below.

Healthcare legislation can come from the federal or state level and affects consumers and healthcare providers. Several new healthcare laws in 2019 are of special interest to physicians and other medical professionals because they could require specific actions or reporting certain situations to the Department of Health.

1. Health insurance penalty disappears
Probably the most talked about change in healthcare laws for 2019 concerns the Affordable Care Act. Effective January 1, 2019, the federal government will no longer penalize Americans who don’t have health insurance.

The Tax Cuts and Jobs Act of 2017 permanently repealed the federal individual mandate that fined individuals who failed to obtain health insurance with a severe tax penalty. However, it also gave individual states the option to implement their own health coverage mandates.

New Jersey and the District of Columbia have enacted an individual mandate taking effect in 2019, while Vermont’s begins in 2020. Seven more states are actively considering state-level individual mandate laws for residents, including:

While individuals are still required to have insurance, without the federal tax penalty, some will likely drop coverage, potentially driving up premiums significantly on individual market policies. Clinicians will likely see an increase in uninsured patients and less robust insurance coverage that may require them to suggest potentially less effective, lower-cost care options.

2. Tennessee amends rules for ultrasounds prior to abortions
Tennessee has several new healthcare laws in 2019, including House Bill No. 108, which goes into effect January 1st. This law outlines the data that must be recorded when an ultrasound is performed prior to the induced termination of a pregnancy. This data should include the method used for the procedure, differentiating between surgical and medical methods, and indicate whether a heartbeat was detected. However, any data collected shouldn’t identify the patient.

The person performing the ultrasound must also offer to tell the female patient the results of the ultrasound, including whether a fetal heartbeat was detected, and document that she was informed. Because Tennessee is a nursing compact state, it’s important traveling ultrasound technicians be aware of these new requirements.

3. Tennessee requirements for reporting opioids
House Bill No. 2004 also goes into effect January 1st and requires any Tennessee facility that prescribes or dispenses opioids to report suspected opioid abuse or diversion to the Department of Health.

It further states the facility must notify every employee about this new requirement, either individually in writing or by placing a conspicuous poster in an area habitually frequented by employees but not accessible by the general public, such as a breakroom. Any person who reports such activity shall not suffer any repercussions, such as termination or adverse licensure action, and is immune to civil liability.

Reports made to the Department of Health are then forwarded to the appropriate health-related board or law enforcement official.

4. California is first state to address doctor probation
Under California’s Senate Bill No. 1448, physicians disciplined by the state medical board and placed on probation on or after July 1, 2019, for serious misconduct must notify patients. Currently, doctors are only legally obligated to notify their insurance provider and the medical facility where they work about their probation status.

Dubbed the Patient’s Right to Know Act, California is the first state to legally require physicians to inform patients of their disciplinary status before the patient’s first appointment. However, only physicians on probation for certain types of misconduct that caused harm to someone under their care are held to this requirement. Misconduct involving patient harm that’s subject to the Act include:

Any criminal conviction that involved harm to a patient and resulted in five or more years of probation must also be revealed to patients. Besides physicians, other medical care providers subject to this new law include acupuncturists, chiropractors, naturopathic doctors, osteopaths, podiatrists and surgeons.

Under this new law, hospitals will be required to develop a written discharge plan for their homeless patients. This plan must include details about coordinating services with the county behavioral health agency, healthcare providers, nonprofit social service providers and other healthcare and social service agencies in the region to ensure appropriate, continuing care of the patient. SB-1152 will also require hospitals to maintain a log of the homeless patients they discharge, including where they were released.