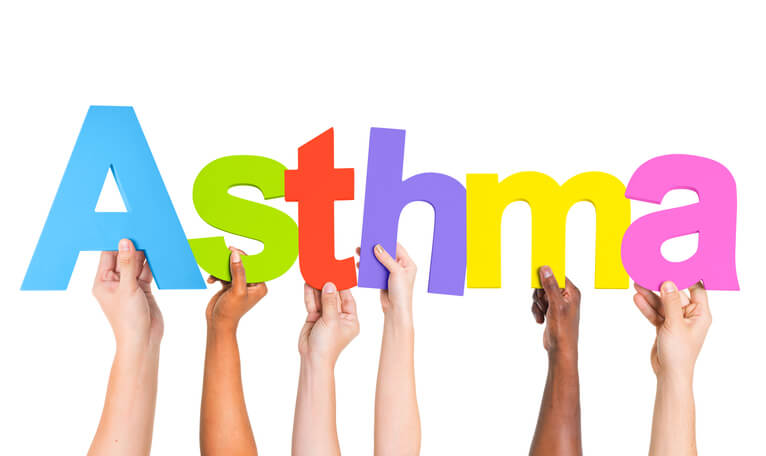 Respiratory therapists are considered key players in asthma care, often working in acute care settings to help treat nearly 24.6 million Americans with this chronic disease. The Centers for Disease Control and Prevention (CDC) estimates that, as of 2015, 7.6 percent of U.S. adults and 8.4 percent of children under the age of 18 have been diagnosed with asthma.

And the number of asthma cases continues to grow.

“The prevalence of asthma has increased significantly over the last 20 years and this is too fast to be due to the genetic makeup of our people,” said Brian W. Christman, MD, chief of medicine, VA Tennessee Valley Healthcare System, and professor at Vanderbilt University School of Medicine.

“Aware of this finding, researchers have looked more carefully at how we interact with our environment,” he explained.

“Allergic asthma is triggered by exposure to a specific substance, such as cat dander,” Christman continued. “Persistent exposure to an offending allergen causes a certain type of long-lasting inflammation in the small airways of the lung. This results in airway narrowing and excess mucus production, two hallmarks of allergic asthma.”

“The tendency toward allergies and asthma runs in families and increases the likelihood that asthma will develop,” Christman explained. “We don’t currently know all the genes involved in asthma and cannot predict the extent of involvement in a particular person. We do know that genes involved in inflammation respond to natural bronchodilators, and allergenic responses play a role.”

In past generations, homes were not insulated as well as they are today. As a result, people who lived in them could breathe better as fresh air mixed with gases used for heating and cooking.

Some researchers adhere to the “hygiene hypothesis” that modern efforts to keep ultra clean and use multiple antibacterial products may actually backfire, causing more asthma cases because of interruptions in the development of the immune system.

For instance, a 2016 study published in the New England Journal of Medicine compared two groups of American children from similar religious groups, the Amish and the Hutterites. Hutterite farmers use high-tech machinery and equipment while Amish farmers prefer more old fashioned ways that include letting horses to do the work. While the Amish children played in barns and were around animals, Hutterite children were exposed to very clean environments.

The study concluded the Amish kids were less likely to develop asthma because their less-than-clean environment supported immune system functions.

The takeaway? It’s a good idea to let kids play in dirt every so often, Christman advised.

“Trigger control is a teaching tool respiratory therapists use to assist patients to have control over their asthma,” said Mark Courtney, RRT, an American Lung Association certified asthma educator. “Patients need to be able to differentiate between allergens and irritants.”

Other asthma triggers can include exercising, emotional anxiety or stress, certain medications, viral and bacterial infections, variations in temperature and even acid reflux, according to the AAAAI.

Respiratory therapists can work with patients to identify and control their personal asthma triggers.

Household triggers such as smoking and candles, dust mites and fungi can cause asthma symptoms.  These can often be controlled with some extra vigilance by the asthma patient and their family members.

“Education is an important part of our care and we advise patients to keep their homes clean by washing bed linens often, dusting and vacuuming and to avoid the use of rugs in favor of hardwood floors,” said Victor Ruiz, RRT, an emergency department(ED) respiratory therapist at Brookhaven Memorial Hospital Medical Center in Patchogue, N.Y. Mattress covers and pillow covers are also recommended to prevent dust mites.

“Before and during the spring season, airborne triggers include pollen from budding trees and grasses, smoke from wood fires and pet dander,” added Kevin Volpe, RRT, a respiratory therapist who also works at Brookhaven. “It’s a good idea for asthma patients to stay indoors and keep windows closed on sunny but windy days,” he advised.

People with asthma should also be aware that cold weather often increases the humidity in the air which can trigger an allergic reaction. Humidity control in the home can be helpful in some asthma cases.

While there is currently no cure for asthma, patients can act in ways that either contribute to the problem or help keep it at bay, including:

•Smoking. Adults who smoke have a higher tendency to develop asthma, and children raised by smokers or around secondhand smoke are more likely to have frequent respiratory illnesses in childhood, the therapists agreed. Respiratory therapist jobs often involve assisting with smoking cessation programs.

•Obesity is associated with asthma cases and the onset of severe asthma, according to Courtney. The American Lung Association recommends eating a well-balanced diet that includes fruits and vegetables to maintain a healthy weight. In fact, broccoli contains a substance that protects the respiratory system, Courtney reported.

•Exercise. Overexertion can be a problem for asthma patients, but little or no exercise won’t help, either. Walking is good exercise for adults with asthma because moving their arms and legs helps them to breathe better, Ruiz explained.

•Family pets. Children with asthma should be tested for animal dander before getting a pet, Courtney pointed out. “Birds, as pets, should always be avoided,” he said. If a family chooses to keep a pet, extra precautions are recommended.