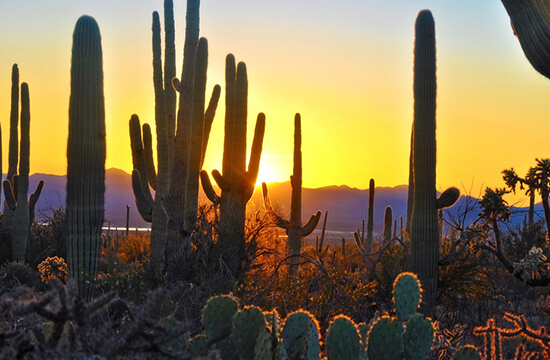 THE MUST-SEE, MUST-DO LIST FOR YOUR ALLIED TRAVEL JOBS IN ARIZONA

Arizona, contrary to popular perception, is not just one big desert.

In fact, the Grand Canyon State offers geography and climate that is as diverse as anywhere in the country. If your allied travel assignment takes you to Arizona, your only challenge will be choosing free-time fun from too many options.

Just 15 miles west of downtown Tucson is the Arizona-Sonora Desert Museum, an outdoor paradise of 97 acres that supports 230 native animals (from prairie dogs to mountain lions) and 1,200 native plant species. Just 13 miles east of downtown is the 91,000-acre Saguaro National Park. You can’t take enough photos of the spectacular vistas and iconic saguaro cacti. Too hot to hike? Drive the Cactus Forest Scenic Loop for plenty of painting-worthy countryside.

Whether you’re old enough or not to remember the Cold War, put the Titan Missile Museum on your must-see list. Located 20 miles due south of Tucson, the museum provides an up-close-and-personal look at an era when missile complexes across the country stood "on alert" 24/7 in case of a nuclear strike. This missile silo is the only one in the country open to the public.

Just 45 minutes south is Tubac (population 1,200), a magnet for artists and galleries. The town hosts several art events annually, and the more than 100 shops feature unique artwork and one-of-a-kind gifts from local artists.

PHOENIX METRO/VALLEY OF THE SUN

If you must spend the day inside, do it in the Heard Museum of American Indian Art and History. Its permanent collection of artwork, photographs, jewelry, beadwork, clothing and pottery is unmatched. Always excellent rotating exhibits, too.

Less than a 90-minute drive southeast of Tucson is legendary Tombstone, part tourist trap, part historic site. The former boom town built on silver mining draws visitors who come to see the recreation of the infamous Gunfight at the O.K. Corral. Actors portray the Earp brothers versus the Clanton and McLaury brothers. Hokey but fun. Don’t miss the graveyard with its poetic tombstones.

Continue southeast to explore the historic mining town of Bisbee. Join the Queen Mine tour, which takes you 1,500 feet into the belly of the mine (via miner’s train; miner’s gear supplied) that produced billions of pounds of gold, silver, lead, zinc and copper. Then stop in at the delightfully Victorian Copper Queen Café and Saloon for food and drink.

Vintners say that the state’s elevated topography and porous soil make for surprisingly good conditions for growing grapes. In fact, Arizona has three wine regions or “trails:” Verde Valley in the north (Sedona, Cottonwood, Jerome area); Sonoita/Elgin (southeast of Tucson); and Willcox (due east of Tucson on I-10). Tasting rooms range the from growers’ porches to the elaborate. Grab a designated driver and explore! 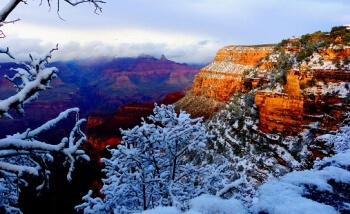 The highest-profile attraction is Arizona is, of course, the spectacular 277-mile-long hole in the ground known as the Grand Canyon. All the notions of cliché, however, disappear when you stand on either rim and peer into the striated, colorful crevasse that the Colorado River has been carving out for five to six million years. Best time to avoid some of the other 5 million annual visitors: anytime but summer.

YES, IT SNOWS IN ARIZONA

If you long for the four seasons or want to escape the valley’s blazing summers, head to high ground--Arizona’s White Mountains. It’s a mostly scenic, five-hour drive from Phoenix to tiny Alpine, population 145, six miles west of the New Mexico border. At 8,050 feet, the town is aptly named. Aspens and pines grow abundantly on the slopes, and trails nearby feature varied topography, including red rocks. Come winter, the panoramas are as beautiful as any Christmas card.  For some eye-popping scenery on your drive home to the valley, take the Mogollon Rim route.

Sedona is best known for the surrounding red-rock sandstone formations that draw thousands of visitors annually, some who believe in the energizing powers of the much publicized Sedona vortexes. (Oddly, in Sedona, it’s vortexes, not vortices.) Shoppers will love Tlaquepaque Arts and Crafts Village with its 45 boutiques, and Indian Gardens at Oak Creek Market gets high marks from diners and those who need gluten-free options (think eggs benedict and pancakes).

QUESTIONS about how allied travel works? Check out our Traveler FAQs page or contact a Club Staffing recruiter today!