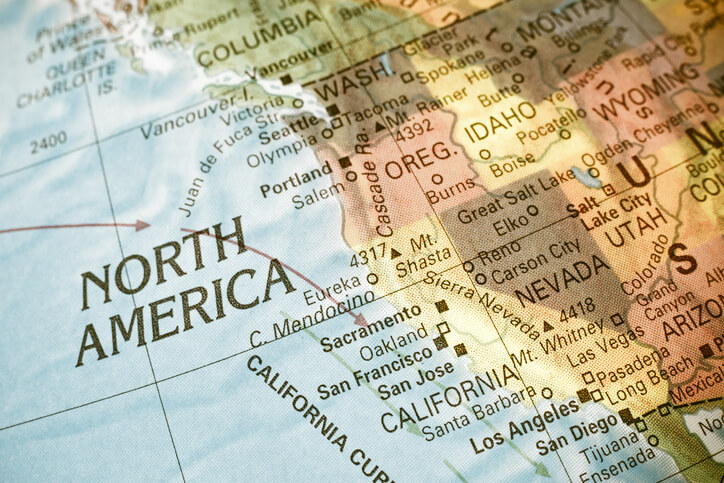 Radiologic technologist positions are available across the United States, but there are a few reasons you might want to focus your search specifically on the West Coast. States that are part of the West Coast include California, Oregon and Washington.

While the specific job market and living environment might differ between these states, there are some common features that make the general region a popular destination for radiologic technologists.

Search through West Coast radiologic technologist positions on Club Staffing to find jobs in Washington, Oregon and California and set off on a career journey that provides a great work-life balance.

Scenic vistas and outdoor adventures
The states along the West Coast are known for their beauty and outdoor recreation opportunities. The Pacific coastline varies along its entire length, but you can find beaches, rocky cliff sides and spectacular sunset vistas at various points along the coast.

Numerous mountain chains also thread down the coast, including the Sierra Nevadas, Cascades and Olympics. Northern California sports towering redwood glades, and the Washington state coast has its own temperate rain forest. Other places to explore in the coastal states include rolling sand dunes, waterfalls and alpine lakes.

The natural beauty and varied terrains make the West Coast ideal for radiologic technologists who enjoy spending time outdoors and want to live somewhere with access to plenty of outdoor activities. National parks on the coast include Mt. Rainer, Crater Lake and Yosemite. Hiking, rock climbing and mountain biking are popular activities in the West Coast states.

For a more relaxed adventure, a drive on the Pacific Coast Highway offers stunning scenery. Radiologic technologists working on the West Coast aren't limited to outdoor fun, either.

The presence of major cities, including Los Angeles, San Francisco, Portland and Seattle, make the entire region a great area for nightlife, fine dining and a wide variety of indoor attractions.

The ability to go from brunch at a high-end restaurant to a strenuous mountain hike filled with inspiring views in a single day is a big draw for many West Coast residents.

Competitive salaries and benefits
Radiologic technologists on the West Coast enjoy good salaries and benefits that let them take advantage of the many attractions of living there. According to the Bureau of Labor Statistics, the average annual salary across the United States for radiologic technologists is $61,540, and the average hourly wage is $29.59. Locations along the West Coast often rise above this, though.

California, in particular, has exceptionally competitive wages for radiologic technologists. In California, the annual average salary is $81,060 and the hourly wage averages $38.97, making it the top paying state for this type of work.

When it comes to keeping the money you earn, some states on the West Coast offer favorable tax benefits that can help. Washington has no state income tax, putting it in the top 10 of Kiplinger's top 10 most tax-friendly states.

Oregon, on the other hand, has income tax but no statewide sales tax, so you save money on every purchase you make in the state.

Beyond just the salary levels, the states on the West Coast often offer legal protections and benefits for workers beyond what the federal government requires. Generous family leave policies, overtime pay and protections against discrimination in California, Washington and Oregon all contribute to a desirable work environment.

Radiologic technologist travel jobs let you take advantage of the impressive natural environment, competitive salaries and various benefits of West Coast living. If you're looking for a new area to use your skills and maintain a good quality of life, the West Coast is a great region to keep in mind.