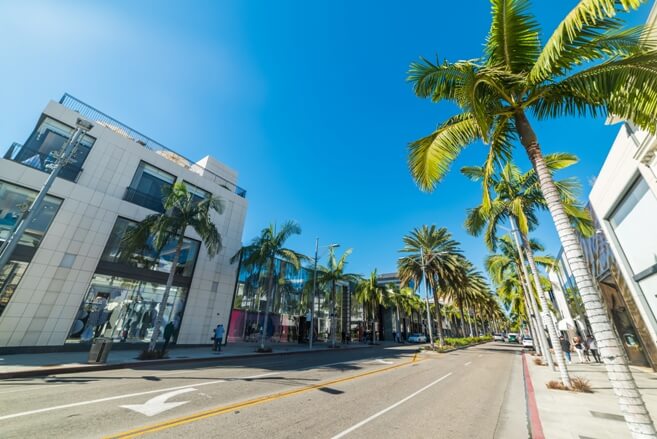 California is one of the top destinations for pharmacists and pharmacy techs, thanks to an abundance of rewarding career opportunities, lucrative pay and an appealing West Coast lifestyle. Here's an overview of the outlook for pharmacy jobs in the Golden State and opportunities for travel health professionals.

There were 309,550 pharmacists in the country in 2018, according to the Bureau of Labor Statistics (BLS). The highest level of employment is in California, which had 30,950 pharmacists. Jobs in this field are expected to remain constant from 2018 to 2028 due to:

While the BLS expects the total number of pharmacist jobs to stay the same nationwide, California's Employment Development Department is estimating the that the state will add another 2,400 pharmacist jobs from 2016 to 2026, an increase of 8.2%.

Most pharmacists (68%) work in drug stores, pharmacies, supermarkets and other retail settings. About 17% of pharmacists work in hospitals.

This is expected to change in the coming years as more patients buy from online pharmacies. While the BLS anticipates less pharmacists in retail settings, this should be offset by an increased demand in hospitals and clinics.

Congress is currently considering a bill that will transform the profession if passed. The Pharmacy and Medically Underserved Areas Enhancement Act would give healthcare provider status to pharmacists for certain services. An article in the American Journal of Pharmaceutical Education suggests this recognition would be a step toward patient-centered pharmacy practice, creating additional opportunities for pharmacists.

Pharmacists in California, earn an average annual salary of $139,690 or $67.16 per hour, which is the second highest in the nation. The highest-paying metros in California are Santa Barbara, San Jose and Santa Cruz.

Pharmacists willing to travel can find placements in hospitals and other healthcare settings. In California, an acute care pharmacist in a hospital can earn $70 to $75 per hour depending on experience and facility.

Future growth in pharmacy jobs will benefit pharmacy technicians, who assist pharmacists by measuring and packaging medication and processing payments. Similar to pharmacists, the majority of pharmacy techs work in retail settings (68%). About 17% work in hospitals.

In 2018, there were 417,860 pharmacy technicians employed in the United States. Jobs for pharmacy techs are expected to grow by 7% from 2018 to 2028, which is faster than the average for other occupations.

Technicians may see their role changing as pharmacists take on other responsibilities.

Los Angeles employs the most pharmacy technicians in California, but the highest salaries average $51,040 per year in San Francisco.

A travel pharmacy tech working in acute care in a hospital in California can earn about $25 to $31 per hour, depending on experience and facility.

California is rated as one of the country's top 20 states to live in by U.S. News and World Report. Its healthcare system is considered seventh best based on access, quality and overall public health. The state also ranks highly for natural environment because of its water and air quality.

Pharmacists and pharmacy technicians can find a variety of rewarding travel assignments in cities such as Los Angeles, San Diego and San Francisco. On your days off, you can visit artsy coastal beach towns, beautiful wineries and fun attractions such as Disneyland or Universal Studios. If you enjoy the outdoors, there are plenty of national parks to explore, including Yosemite, Redwood, Joshua Tree and Death Valley. The Pacific Ocean offers opportunities to surf, kayak and paddleboard.

If you're interested in furthering your career as a travel pharmacist or pharmacy tech, explore available pharmacy jobs at Club Staffing.