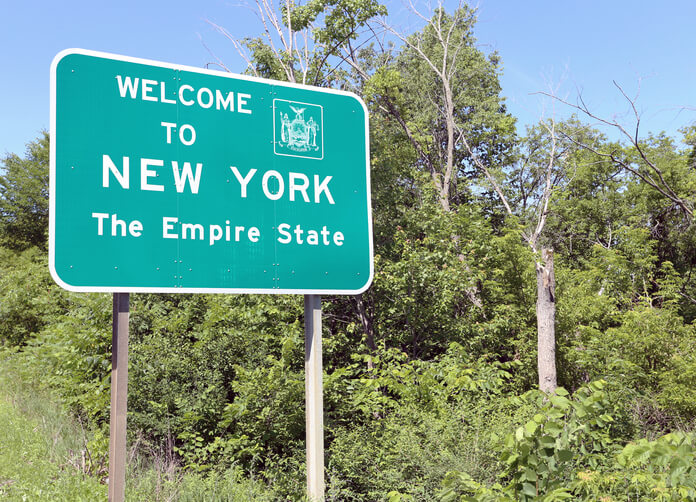 Medical laboratory technicians collect samples and perform tests for physicians and other healthcare professionals. As a medical lab tech, you'll play a vital role in the diagnosis, treatment and prevention of diseases, and you'll be an important part of a patient's medical team.

Due to an increased need for skilled medical lab techs, travel lab tech jobs abound around the country. This demand lets you work in fascinating states like New York, where jobs are plentiful, thanks to top employers around the state, and there's always something to do and see when you're ready to explore.

Salary Expectations
Travel lab tech jobs help you gain valuable experience in various settings like the many top hospitals in New York. Your ability to work in varied environments and rotate through different departments interacting with professionals with varying work styles enhances your resume. Medical lab tech jobs in New York provide you with well-rounded expertise. The annual mean wage in New York was $48,470 in 2016, and allied travel positions often pay even better.

Visit the Big Apple
If a medical lab tech job takes you to New York, don't miss a trip to the Big Apple. New York City and its five boroughs offer exciting things to do around every corner. Be a true tourist with a free ride on the Staten Island Ferry for an amazing view of the iconic Statute of Liberty.

Visit the Empire State Building for a 360-degree view of the city from its 86th-floor observation tower, or ride the elevator all the way up to the public observation deck on the 102nd floor of this 103-story skyscraper.
Plan a stop in Manhattan where you can visit famous sites like Central Park, Times Square, Grand Central Station, Rockefeller Center, Radio City Music Hall, Chinatown and the heart-wrenching World Trade Center site.

Catch a Broadway or Off-Broadway show with tickets available to some of the most entertaining shows, musicals and dance productions in the country.

Food and Art Abound
New York has the greatest intersection of cultures in the world, and immigrants making the state their new home brought the food scene to whole new level. While the Big Apple is known for food, arts and culture, you'll find plenty more outside the city's borders.

Foodies adore the entire state due in large part to the delicious produce grown throughout New York. The Culinary Institute of America in Upstate New York is also a favorite. Art and culture lovers aren't disappointed either with the Bethel Woods Arts Center, Hudson Valley's Dia:Beacon contemporary art museum and the Richard B. Fisher Center for the Performing Arts at Bard College waiting for them.

Get Outdoorsy
The Adirondack Park is the largest publicly protected area in the country, and nearly half of its 6 million acres are within New York's borders. Being home to the biggest state park in the United States, New York boasts some impressive natural amenities.

Whether you like to hike, bike, kayak, explore, camp out or just sit back and enjoy the view, the Adirondack Mountains and the Catskills demonstrate that nature is amazing, even in the nation's most densely populated states. The Finger Lakes are another prime destination, and you'll find them all over the state. Even better, in New York, you don't have to go to Canada to visit the magnificent Niagara Falls; but, if you want to visit Canada, an Enhanced New York Driver's License is all it takes to get back and forth across the border.

No matter what you're looking for, when travel medical lab tech jobs bring you to the Empire State, you'll literally find anything you could ever want. A spectacular offering of food, fun and fantastic scenery ensures there's something for everyone in New York, and the diverse knowledge, skills and experience you pick up along the way are sure to help grow your lab tech career to greater heights.

If you are searching for a new job, consider one of the many phlebotomist jobs in California. The phlebotomy career outlook is excellent, and you&#39; ll get to help people every time you work. Keep reading to learn more about what you can expect in terms of phlebotomist salary and career opportunities.

New Grad Tools JUN 15, 2021
How to Start Your Career as a Travel Sonographer